Why Are LED Lights Better than Traditional Lighting Solutions?

What are the Benefits of Implementing LED Lighting Solutions in Automobile Dealerships?

A Quick Guide to LED Flood Lighting and How it Works

Why Are LED Lights Better than Traditional Lighting Solutions?

As is the case with any human invention, LED lighting solutions aren’t perfect. In fact there are a few noteworthy disadvantages of LED lights that you should know about. Cool-white LEDs can attract more bugs, emit blue light hazards that can damage your retina, and they distribute limited light for large areas. Their low temperatures are also a blessing and a curse in the sense that this feature makes them more energy efficient, but it also prevents them from melting snow and ice in the winter. Despite these few drawbacks, the pros of using commercial LED lighting fixtures in the GTA far outweigh the cons, especially compared to traditional lighting fixtures.

Read on to learn why industrial lighting solutions in the GTA are the far superior choice for all of your commercial lighting needs.

Compared to their incandescent counterparts, LED lighting systems have a significantly longer lifespan. LEDs can last anywhere between 50,000 to 100,000+ hours even when they’re in continuous operation. To put this in perspective, they last about four times longer than fluorescent lights and about 40 times longer than traditional incandescent lighting systems. As a result, installing commercial LED lighting systems for your business can actually save you a great deal of money by minimizing the need for replacement and repairs and lowering your electricity bills.

Colour rendering index (CRI) measures how well and accurately a light source can reveal the true colour of certain objects compared to natural light, which is also typically referred to as an ideal light source. Natural light is the highest standard against which all artificial lighting solutions are measured. Light sources that have a high CRI are always preferable to those that don’t because they enable the eyes to recognize colours and shapes more accurately. Since LEDs have extremely high CRI ratings, they’re the ideal lighting solution for a variety of commercial applications including lighting up the exterior of car dealerships, grocery stores, and more at night.

LEDs are capable of functioning even at their absolute lowest power point. However, they need to be paired with LED compatible hardware in order to take advantage of their dimming capabilities. But this isn’t necessarily a bad thing. When LEDs are operating at a low power point, this increases their energy efficiency and lifespan, which also makes them more cost-efficient as a long-term reliable lighting solution.

Variety of Designs and Eco-Friendly

Not only do LED lights come in a wide range of design options for optimal aesthetic appeal, but they’re also incredibly eco-friendly in more ways than one. LED lights use significantly less energy than incandescent and fluorescent lights and they’re also more environmentally safe. Fluorescent and incandescent light bulbs contain moderate to high volumes of mercury, which classifies them as dangerous goods. Hence, they need to be handled very carefully when they reach the end of their lifespans. Mercury leaks and exposures can have catastrophic environmental and health impacts on individuals. This isn’t a concern for LED lights, however.

For decades, Faraday Lighting has been one of the leading and most renowned providers of professional LED lighting in Toronto. Starting with an in-depth lighting audit in Toronto, we’ll create a custom lighting solution that meets the needs of your business. Contact us today to learn more.

How to Choose Ceiling LED Lights for Multi-Residential Properties 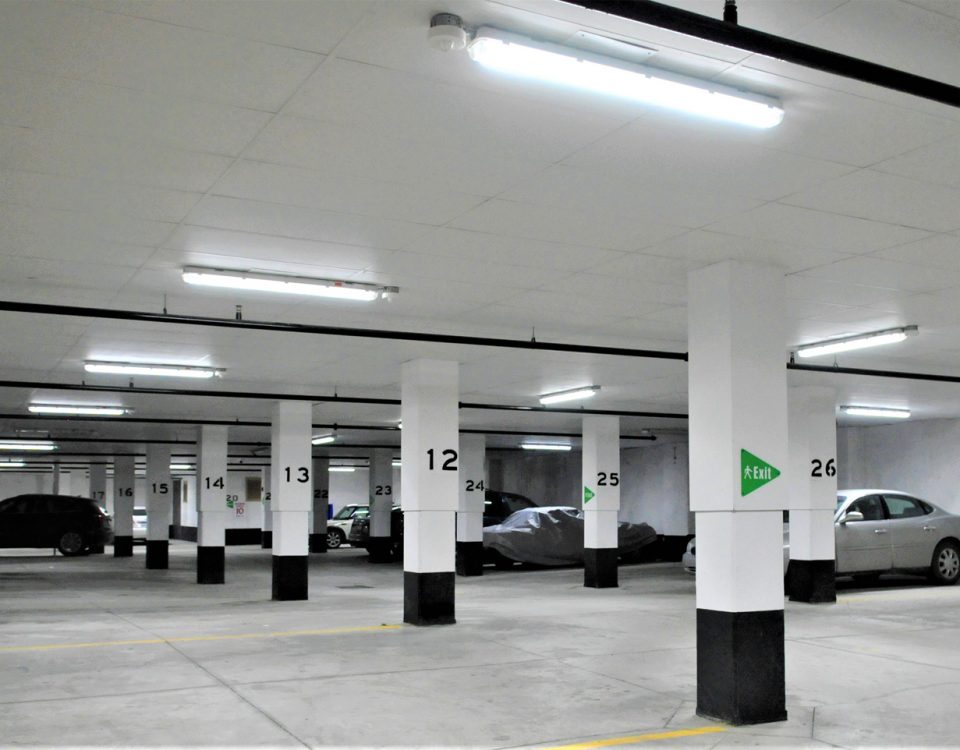